A little while ago I asked: "what is a library[an]" In that entry, I gave you some idea of what I, and other folks, think a public library is, and what it should be. I also talked about what a librarian is, and what that critical roll should be as the library moves forward into the future.

The folks over at Street Lab--the ones who brought us the Storefront Library in Boston's Chinatown, which I wrote about in one of my first blog entries--are now working on that next step. The Uni Project grows right out of what Street Lab learned with their Storefront Library. Uni fills gaps in library service by providing the physical needs of a public library in an even more portable, flexible, and accessible format than the Storefront model.

The Storefront Library brought a temporary library service into the Chinatown community by turning a vacant commercial space into public space.

The Uni brings temporary library service right out into the existing public space we inhabit and use now.

Places like Times Square in New York City,* Chicago's Millennium Park, and others like them, are redefining what public spaces can be, and Uni fits right into that model: extending and reshaping public space to be more useful, interactive and rich.

Bringing the public library to the people is not a new idea. Wikipedia cites an example of a "perambulating library" back to 1857, in England; early bookmobile, yo. The US Lighthouse Establishment (read: US Coastguard) began its Traveling Library program in 1876, with wooden boxes of books, delivered to lighthouses for the use of the keepers and their families, who had trouble getting from their remote locations to the library. Need a more personal sized portable library? Its not exactly public, but I guess it could be. Maybe you could borrow the whole thing with your library card.

WiFi hotspots are not enough. We need libraries--in all shapes, sizes and locations--to keep us connected intelligently. The Uni Project is underway right now. Check out their video to find out more and see how you can help.

* Times Square is one of the places the Uni is scheduled to premiere this fall.**
** UPDATE: Times Square is not on the Immediate list, but elsewhere in New York. Take a look at the comment below from Sam from the Uni Project. Thanks Sam!

about me? read backmatter

Philip O'Brien
Thanks for visiting! Designing buildings is what I do. Lots of libraries in fact. Read, write, woodwork, collect a few things; some of which end up here. 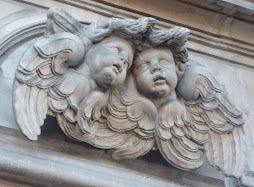 what i'm talking about 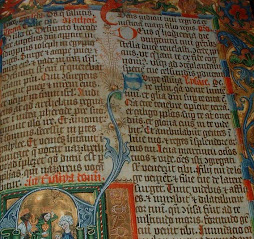 some of the popular stuff

get yer feed on

stinks (yeah, i said it)

things i'll get to eventually

Natalie sez:
All the Light We Cannot See, by Anthony Doerr
A Slip of the Keyboard: Collected Non-Fiction, by Terry Pratchett
Fifteen Dogs, by Andre Alexis
Career of Evil (Cormoran Strike 3) by Robert Galbraith
Somerville Reads 2015: The Martian by Andy Weir
I've got to check this one out: The Library Beyond the Book,
by Jeffrey T. Schnapp
Mike. B recommends The Mother Tongue - English and How it Got that Way, by Bill Bryson.
Lexicon, by Max Barry Recommended by Raych Krueger
Somerville Reads book for 2013: The Art Forger, by B.A. Shapiro
In the Garden of Beasts: Love, Terror, and an American Family in Hitler's Berlin by Erik Larson recommended by Kendra
The Measure of a Man: The Story of a Father, a Son, and a Suit, by JJ Lee looks interesting!
-New Finnish Grammar, by Diego Marani recommended by Simon Quicke
-Low & Slow: Master the Art of Barbecue in 5 Easy Lessons, by Gary Wivott recommended to me. Mmmm...
-At Home, by Bill Bryson recommended by rbobbydray
-ii gets its 10,000th hit on Christmas! Merry Christmas everyone.
-Building a Better Data Repository blog post by Cameron Neylon. Its about shared data for scientists, but thats what the web started out as. Scale up for libraries/public?
-Bill Gouveia's column in The Sun Chronicle: Library more than building and books
- The River of Doubt: Theodore Roosevelt's Darkest Journey recommended to me.
- The Yellow Birds by Kevin Powers and The Dog Stars by Peter Heller, recommended to me by Mitch.